Australian-based solar startup Power Ledger, among others, is to receive AU$8.25 million in funding from the Australian government for a cutting edge project using the blockchain.

According to an announcement from Power Ledger, the Australia government revealed today that it is to provide $2.57 million in funding for a cutting-edge project in the City of Fremantle, in Western Australia. An additional $5.68 million will be funded through project partners including Curtin University, Murdoch University, Curtin Institute of Computation, LandCorp, CSIRO/Data61, CISCO and Power Ledger.

The project is testing the blockchain to determine how cities can use the technology and data analytics to integrate distributed energy and water systems. Power Ledger state that the trial will involve low-carbon and low-cost systems that will be installed and connected using the distributed ledger, adding:

Brad Pettitt, Mayor of the City of Fremantle, said:

This collaboration between existing infrastructure, renewable energy and innovative technology fits with our One Planet zero carbon energy target and will help us to secure the ongoing sustainability of essential services for communities that live here.

Power Ledger’s involvement will see the startup providing the transactional layer for the renewable assets as well as the ownership model for the community owned battery.

The project is expected to begin within the next two months and will continue over a two-year period.

Power Ledger’s involvement with the blockchain has been well documented in the past. In September, it was reported that the solar startup had partnered up with retail energy giant Origin Energy to begin a trial based on Power Ledger’s blockchain-based peer-to-peer (P2P) energy marketplace. The goal is to determine the ability of a blockchain-based trading platform to accurately and securely transmit consumer data across a regulated network.

Last month the company raised more than $34 million AUD for the solar startup’s P2P energy marketplace. Such an endeavour made it the first Australian startup to hold an initial coin offering (ICO).

These funds will go toward further development of its energy marketplace, through which property owners can buy and sell surplus solar power. According to Power Ledger, it predicts that the P2P marketplace will save the average household about $475 a year. 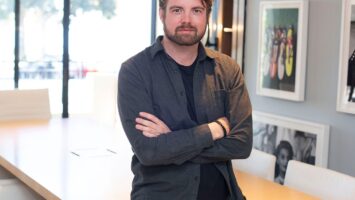