IHS Market, a data analytics firm in the fields of finance and technology, released a July report that forecasts blockchain technology could lead to a business activity value of $2 trillion by 2030. The report includes all value that blockchain adds as an entire vertical (not specific coin market caps).

Though the report delved into granular parts of blockchain value, including “…primary research interviews with strategic blockchain specialists,” $2 trillion is a very conservative number. The year 2030 is a long way off.

Additionally, despite the current slump in the coin market as a whole, applications for blockchain are growing. This includes the ongoing patent frenzy and partnerships with businesses across nearly all sectors of business. The increasing volume of patents is an early phase of what is shaping up to be large adoption in enterprise businesses.

As CCN reported, during the 2017 bull run, the market activity came close to reaching $1 trillion.

According to the report, key sectors driving blockchain business value include:

Beyond the Crypto Memes: Blockchain as a Job Creator

As CCN has reported, the blockchain industry has created more jobs as well, many of which never existed before, from “Meme Specialist” to “Blockchain Developer.” Many countries are scrambling to attract these high-income jobs by welcoming crypto businesses and easing regulations, as CCN reports extensively.

The blockchain vertical itself still isn’t fully fleshed out, either. Interesting patents continue to present unique applications for the technology. The vertical may look very different in 2030 after the early hype evolves into a more mature industry. This would translate into more jobs and job types that we cannot forecast in 2018.

Enterprises are working to bring employees up to speed in cryptocurrency. As universities have not yet caught up to the technology, places like Stanford and IBM now offer courses for educating workers outside the traditional college path. Many of them lead to a professional credential upon completion.

Always in the background, however, there is the concern over regulation and central authority, including government and centralized exchanges. As the crypto industry matures, regulations often come too late or too forcibly. The SEC is in the spotlight for hampering innovation and creating contention, as CCN reported about one commissioner’s dissent over the Winklevoss Bitcoin ETF. 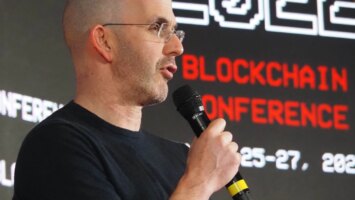