Starting today, Coinbase customers in the UK will be able to seamlessly move GBP in and out of their accounts using the Faster Payments service. In most cases, this will mean almost instant access to funds. 🇬🇧https://t.co/67DMjc6y89

Coinbase, the most popular cryptocurrency exchange in the US just announced that it will support the GBP (the British pound) on its platform. This is big news for the company, as it faced serious complications last year when it couldn’t keep up with the growth of the cryptocurrency market during its peak.

This is the biggest news the company has leaked since it announced it will be adding new coins to its platform soon.

Coinbase GBP support is now live for many customers and we will continue rolling out availability to all UK customers in the coming weeks. 🎉

Now, crypto investors in the UK can use Coinbase’s easy-to-use platform to buy, sell, and trade digital assets.

Recently, the crypto enthusiast John McAfee claimed that he had created an unhackable cryptocurrency wallet and, to prove his point, started a bounty challenge to devs to try and hack the wallet.

Well, the wallet has been hacked, but the debate isn’t over.

This is getting absurd. Either something’s ‘unhackable’ or it’s not. Clearly, as evidenced many times over, the Bifi is not. You can not fix this. You instigated it with a bounty. You literally challenged people to hack it. And they did. Competitors or not, makes no difference.

It seems that the wallet is hackable, but McAfee’s debate is that the hackers can’t take the money from the wallet—which is mostly everyone’s primary concern when it comes to wallet hacks.

I’m no security expert, but surely sending unencrypted data from touch screen to circuit board presents an opportunity for a middleman hardware exploit; does it not? If not, then why present a second, smaller bounty for that exact issue?

McAfee still won’t let it go and followed that tweet with his own.

Hackers saying they have gained root access to the BitFi wallet. Well whoop-de-do! So what? Root acces to a device with no write or modify capability. That’s as useless as a dentist license un a nuclear power plant. Can you get the money on the wallet? No. That’s what matters.

If a user could hack into your wallet, but couldn’t take your funds, would you still trust it?

And that does it for today’s edition of Crypto Daily News.

>> Shares of Crypto Galaxy Digital Dropped -22% on the TSX Yesterday 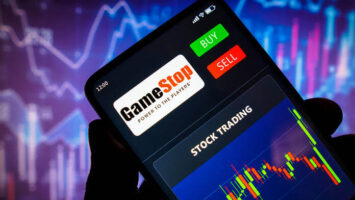