By 2022, Tony Sta… I mean Elon Musk says he will be putting a real physical Dogecoin on the moon.

No one ever said the man wasn’t brilliant, if not a little eccentric. His backing of the cryptocurrency that was once just a joke is not just for fun.

It’s incredible how an “investment” that generated 12,000% over less than 5 months was started as a joke. Imagine how many Sheba Inu dogs can be adopted for such returns, especially after they put Dogecoin on the moon!

After all, that’s what Dogecoin’s parents, Billy Markus and Jackson Palmer did.

They created a payment system that makes fun of the crazy speculation of cryptocurrencies. Just like so many things we have seen in recent years, Dogecoin took on a life of its own! Now it’s circulating with a supply of 129.5-billion coins as of May 9, 2021.

It’s not just a meme: Dogecoin is changing the world

On Jan 9, 2014, the Dogecoin Foundation created a community fundraising effort with the goal of raising US$50,000 for the Jamaican Bobsled Team. The team qualified but could not afford to attend the Sochi Winter Olympics. By day 2 of the fundraising, US$36,000 worth of Dogecoin. This made the BTC-Dogecoin exchange rate go up by 50%!

On top of that, just a month ago in May, Dogecoin jumped more than 50 cents!

The motivation to get behind Dogecoin is the same as almost any crypto: Taking power away from the third parties who charge fees for people to use their own money on their platform. They’re called banks, and you may have heard of them.

Dogecoin’s 2% increase last week is one indication that moves like this are the right thing to ensure a bright future for not just Dogecoin, its holders, and Mr. Musk, but the entire world and anyone who will use crypto. 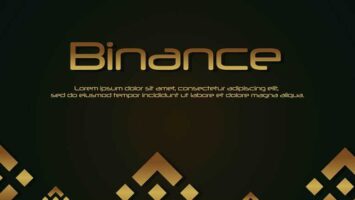