Mike Novogratz, a former Goldman Sachs Group Inc. partner, is far past the point of no return with his Bitcoin merchant bank. Galaxy Digital LP trades on TSX Venture Exchange as of today says Bloomberg, despite the crypto market’s bear movement in 2018.

The process to get Galaxy on the TSX has been a “frustrating” eight months, says Novogratz. Supposedly, Canadian regulators were pushing down hard on the founder and kept pushing back Galaxy Digital’s debut.

“If I knew what I know now, knew the crypto markets were going to swoon as much, and it was going to take so long, I might have stayed private for another year or so and then gone public,” Novogratz said in a TV interview with BNN Bloomberg in Toronto. “But I don’t think it’s a mistake.”

If Novogratz would have tried to list Galaxy Digital as a US initial public offering, it would require at least two years of audited financials. Instead, Novogratz chose the route many crypto and marijuana companies have taken and merged the firm with a shell company via a reverse takeover.

Canadian mining companies are notorious for this and have been doing it for years. What caused this reverse takeover to take so long is probably that everyone had the same idea in the crypto space, and many of the newer companies listing in Canada started off doing poorly on the market.

“There’s a layer of due diligence that goes into figuring out and understanding the business itself, which probably takes a little bit longer than entrepreneurs like Mike would like it to, but for us that’s how we maintain market integrity,” Brady Fletcher, managing director of the TSX Venture Exchange, told Bloomberg. “We’re excited about the upcoming listing and Galaxy is a great story.” 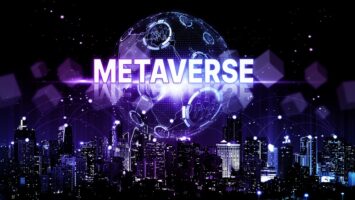