A federal court judge in California has blocked a move that sought to dismiss a class action lawsuit alleging that the initial coin offering (ICO) conducted by the Tezos Foundation violated securities laws in the U.S.

The decision came Tuesday, as District Judge Richard Seeborg denied the motion filed by the Tezos Foundation and the cryptocurrency’s founding couple Arthur and Kathleen Brietman, as well as their U.S.-based company Dynamic Ledger Solutions (DLS).

As previously reported, the Tezos Foundation and DLS were facing four class action lawsuits following their ICO that raised $232 million in 2017 and was later accused of selling unregistered securities to investors in the U.S.

Based on the docket report of one case, dubbed “In Re Tezos Securities Litigations,” the class action lawsuits have now been consolidated into one with a lead plaintiff named Arman Anvari.

According to the judge’s order, the Brietmans argued in the motion that the ICO was administrated by the Tezos Foundation which is based in Switzerland and, as such, the couple and DLS should not be held liable.

However, the judge said the involvement of DLS “in establishing and aiding the Tezos Foundation rendered the two entities deeply intertwined, if not functionally interchangeable, throughout the ICO process.”

The defendants also argued as part of the motion for dismissal that the lawsuits were trying to use U.S. securities laws to govern an ICO for which “critical aspects of the sale occurred outside of the United States.”

The judge responded in the order that the realities of the ICO transactions “belie” such a conclusion, arguing:

“Anvari participated in the transaction from this country (the U.S). He did so by using an interactive website that was: (a) hosted on a server in Arizona and; (b) run primarily by Arthur Breitman in California. He presumably learned about the ICO and participated in response to marketing that almost exclusively targeted United States residents.”

Separately, the court granted the motion and dismissed cryptocurrency brokerage firm Bitcoin Suisse as a defendant, saying that “in any event, Bitcoin Suisse does not appear to be a key player in this action.”

See the court’s order below:

Tezos doc by CoinDesk on Scribd 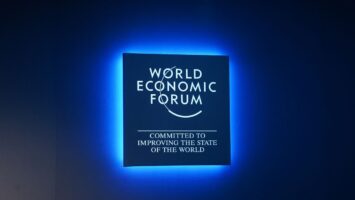