Bitcoin (BTC) prices are up around .05 percent on Thursday, August 16, bringing the leading cryptocurrency solidly back over $6,000 after a market fall that had seen BTC dip below that psychological price point on August 14.

Data from Cointelegraph’s price tracker shows overall 2.5 percent monthly gains for Bitcoin as of press time, despite the latest correction from it’s weekly high of around $6,600, against weekly losses of almost 10 percent.

Continuing its trend of short-term volatility, BTC/USD is currently around $6,407, with commentators eager to see if support at $6,000 has solidified. 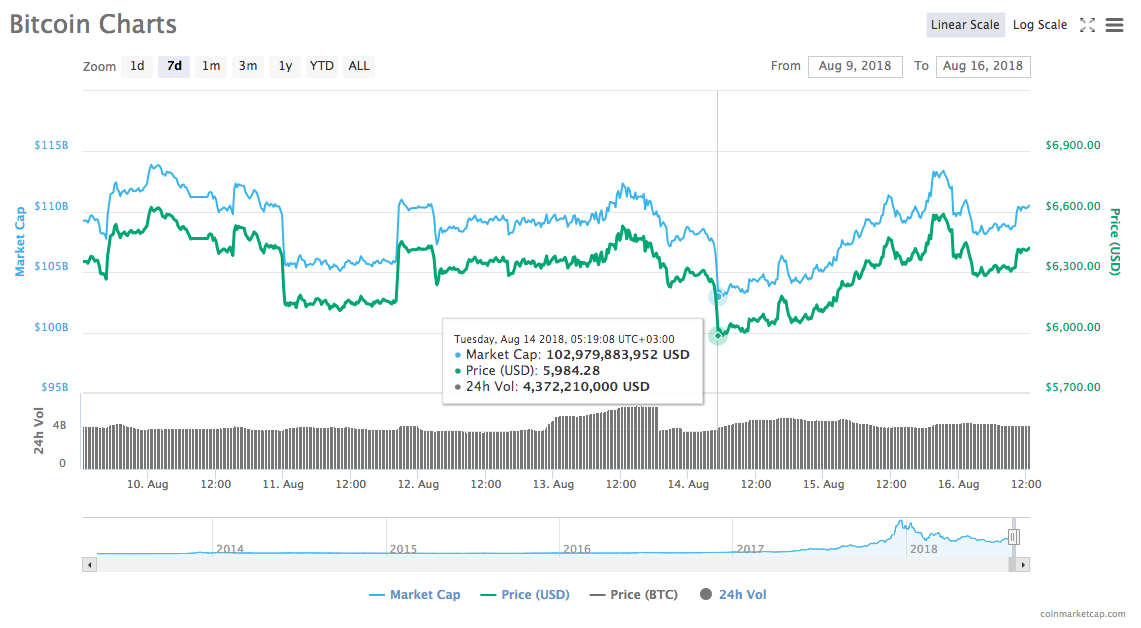 The price performance comes as the cryptocurrency industry becomes increasingly indifferent to the potential effect of a Bitcoin exchange-traded fund (ETF) acceptance or rejection by U.S. regulators.

Previously hailed as a factor which could propel or deflate markets significantly, Andreas Antonopoulos joined Nick Szabo in fresh skepticism of ETFs this week, the latter arguing they “might cause more problems than they’re worth.”

In a Q&A session recording, Antonopoulos described ETFs as “a multibillion dollar ‘not your keys, not your Bitcoin’ scheme.”

At press time, ETH/USD traded around $292, several percentage points off earlier lows this week which marked the largest altcoin’s biggest plunge since September 2017. 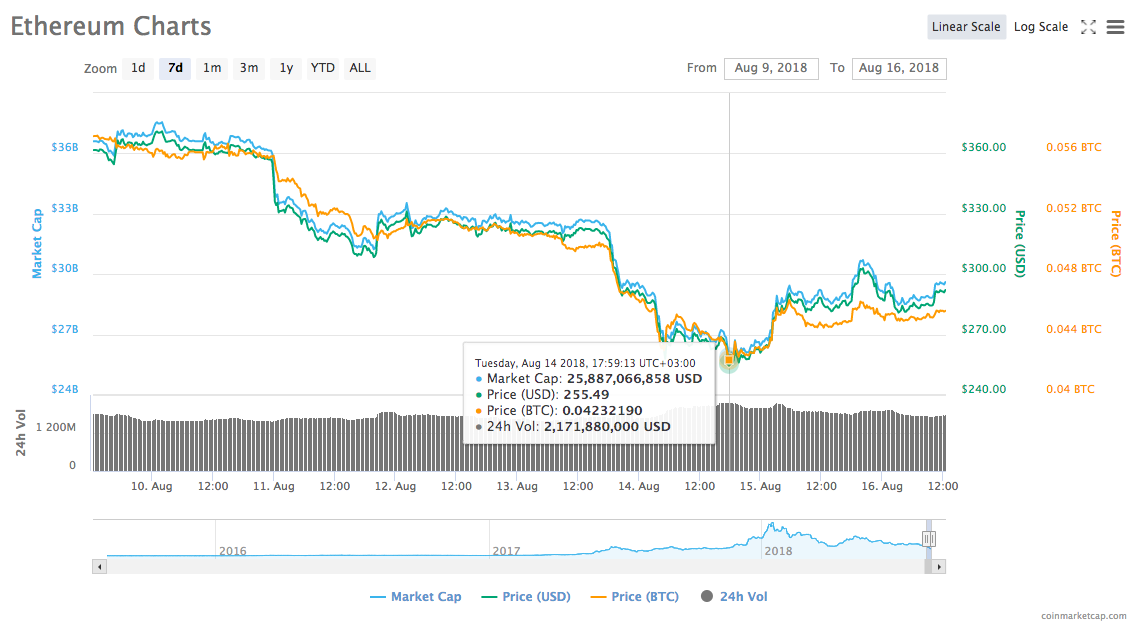 Total market cap is around $207 billion by press time, a number last seen in November 2017. 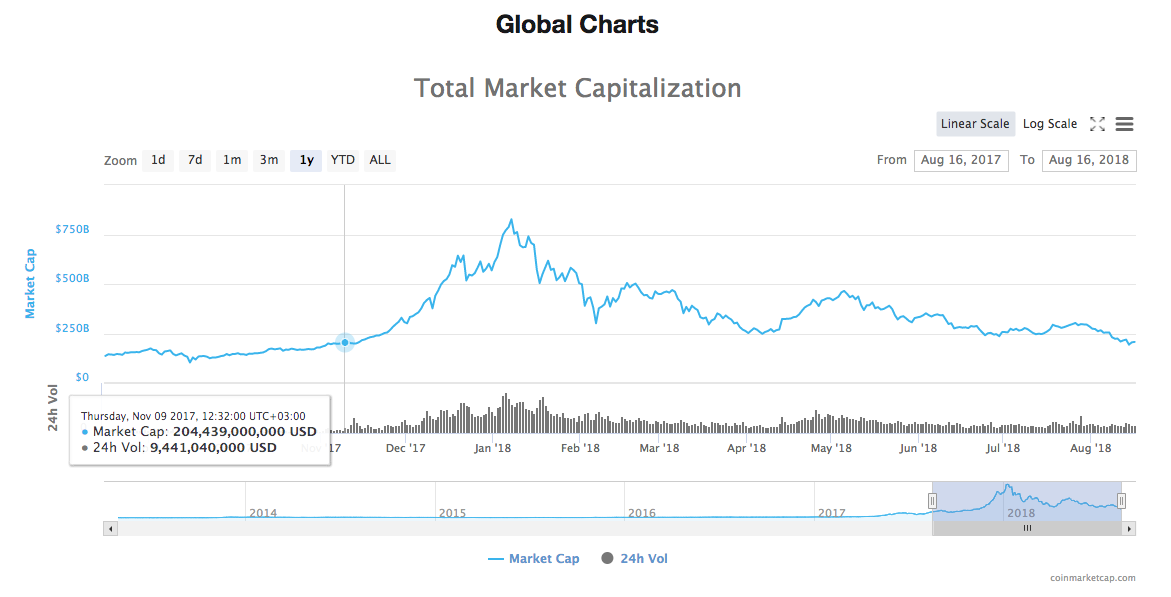