Blockchain adoption continues to rise in the banking sector, with the news that Capital One has applied for a patent to potentially develop a blockchain system that authenticates new users in a secure manner.

Capital One is a bank holding company specializing in credit cards and bank loans, making security a primary concern. According to documents published this week, the company has applied for a patent entitled “Blockchain Systems and Methods for User Authentication.” The patent was filed in Virginia, USA, with Johnathan Weimer and Ryan Fox listed as the inventors of the authentication system.

The abstract to the patent describes the project in more detail, stating that computer-implemented methods and systems are provided for blockchain-mediated user authentication and going on to list potential applications of a user system, which will include verification messages indicating that the root system successfully authenticated the user and including an authorization code for receiving, from the root system, a root system secret.

The authentication system will comprise of:

The patent published this week is a continuation of a patent filed in June 2017 by Johnathan Weimer, showing that the company has been working on the technology for quite some time, and is seemingly designed to decongest computer systems by streamlining authentication while improving user experience, citing the resentment felt by users forced to respond to repeated authentication requests associated with different institutions as one of the use cases for merging them all into a collaborative authentication system that handles authentication interactions for multiple institutions.

However, the patent continuing the work filed in 2017 may yet be incomplete and may require some collaboration to overcome certain technical problems. 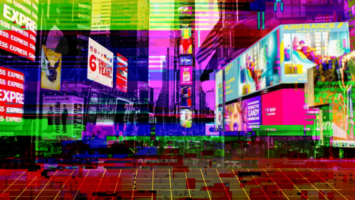