August 10: Crypto markets are tentatively holding gains today, as they stake their recovery from the week’s earlier plummet. On August 8, total market capitalization had shrunk to $219 billion –– its lowest level since mid-November 2017 –– but today has seen that figure peak as high as $233 billion.

Bitcoin (BTC) is attempting to hold the $6,500 support at press time, trading at around $6,485 and up a fraction of a percent on the day. The leading cryptocurrency has seen a 24-hour high around $6,610, but has been trading jaggedly over trading hours, briefly dipping as low as around $6,332, before spiking upwards to re-attempt $6,500. Weekly losses remain at a weighty 13.8 percent, yet on the month Bitcoin is up around two percent.

In an interview with CNBC, head of technical research at Renaissance Macro Research Jeff deGraff said that “game‐over” for Bitcoin is on the cards if BTC/USD break year-to-date support levels. 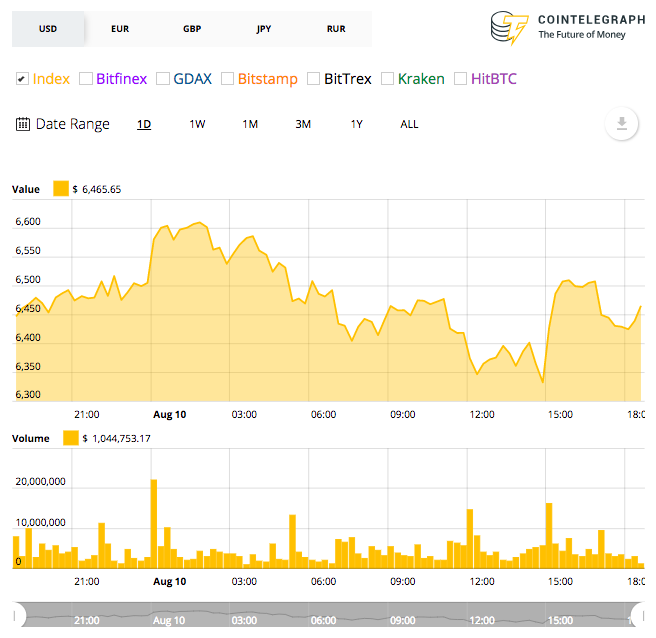 Ethereum (ETH) is currently trading around $360, losing around one percent on the day to press time. The altcoin’s attempt to break through to a higher price point were concentrated during early hours, spiking as high as $369 before dropping back below the $360 mark. The hours just before press time have seen another push upwards, yet these fleeting gains have failed to hold. Ethereum’s losses on its weekly chart are around a stark 13 percent, with monthly losses just under 18 percent. 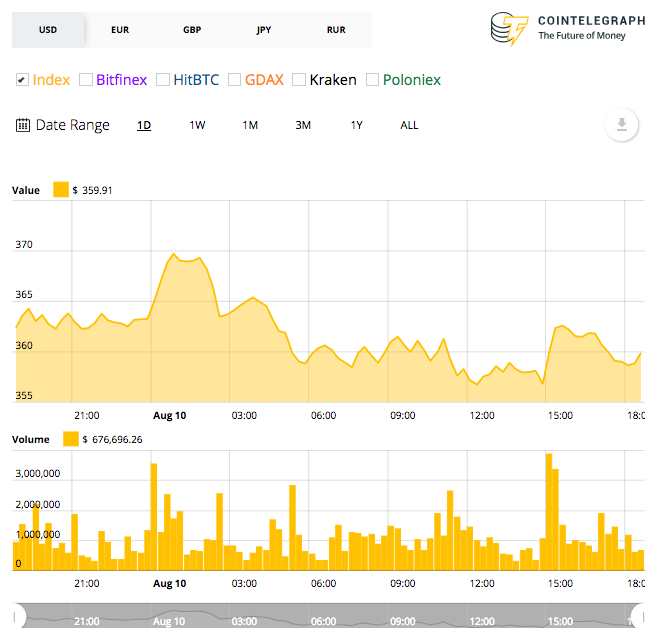 On CoinMarketCap’s listings, the top ten crypto assets by market cap are mainly in the red, seeing losses no greater than six percent.

The most bullish performance on the day has come from Stellar (XLM), which is up about 3.2 percent to trade around $0.22 at press time. Stellar’s recovery from mid-week losses has been strong, particularly on the XLM/BTC charts. 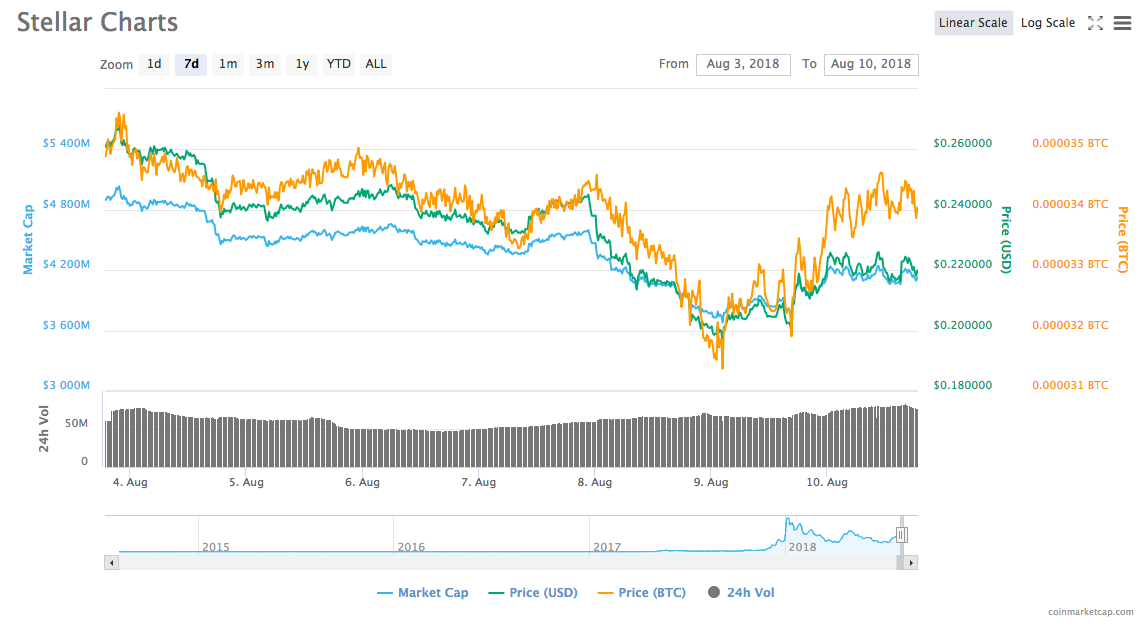 At the other extreme, IOTA (MIOTA) is down about 6.5 percent to trade around $0.61 at press time. Earlier this week, the alt decoupled from the wider bearish market to claim short-lived growth before seeing its protracted decline. 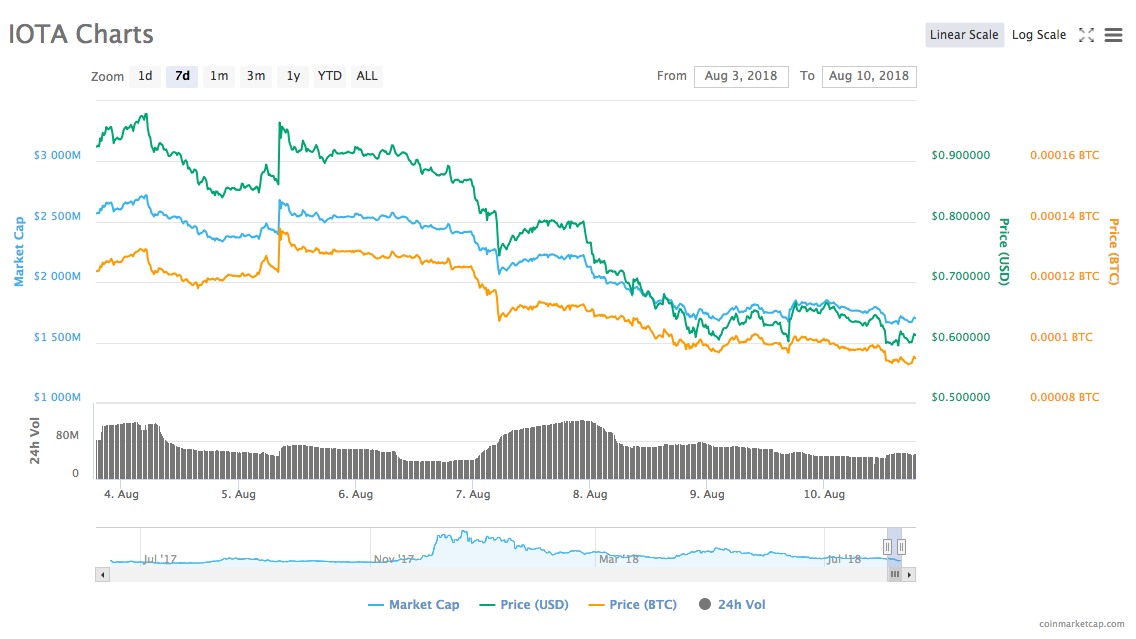 Among the top twenty coins by market cap, Dash is seeing solid growth and is up almost four percent, rising to about $185 at press time, having pushed $191 earlier today. Most other cryptos are seeing price percentage change capped within a four percent range.

Total market capitalization of all cryptocurrencies is around $227 billion at press time, down slightly from its 24-hour peak around $233 billion. On the week, total market cap has shrunk by around $40 billion.

While individual cryptos stake their fortunes in the market, there has been new bullish developments for their underlying blockchain technology.

Today, Australia’s largest bank announced it had been mandated by the World Bank to arrange a bond issue exclusively on a blockchain. Both banks expect that the tech will simplify capital raising and trading securities, speed up operations, and “enhance regulatory oversight.” The World Bank notably issues $50-60 billion in bonds per year for sustainable development in emerging economies.

Meanwhile, the logistics industry is responding to the news of the long-awaited launch of the global blockchain shipping solution that was unveiled this week by IBM and Maersk, dubbed “TradeLens.” The new jointly developed blockchain solution revealed 94 organizations involved and 154 million shipping events already captured, with its dataset reportedly growing at a rate of close to one million shipping events a day.