“My premise is that you can use blockchain to essentially trust people you don’t know – you trust the code.”

While that statement by Hugh Karp may sound like a standard line in crypto-land, his startup, Nexus Mutual, is actually building a product for those who don’t trust the code.

Or, at least, don’t trust it completely.

With Nexus, Karp is trying to revive mutual insurance, a model that dates back to the 17th century and, many argue, aligned the interests of participants better than today’s profit-maximizing insurance firms. Nexus is one of a handful of blockchain startups, at various stages of development, aiming to use the technology for this purpose.

But the first insurance product Nexus plans to offer will cover an ultra-modern type of risk: security failures of smart contracts on the ethereum blockchain.

Think of the DAO hack of 2016, in which some 3.6 million ether (valued at around $50 million at the time) was drained from the smart contract by an attacker. Or last year’s Parity Multisig Wallet attack, in which just over 150,000 ether was stolen (then worth around $30 million).

Starting early next year, Nexus will offer to insure customers against financial losses from such “unintended code usage.”

Yet Nexus itself will run as a smart contract on top of ethereum. That’s what Karp means when he talks about trusting the code. For him, blockchain is a way to overcome one of the limitations of the old mutuals while retaining their benefits.

His thesis is that users will trust the rules of a smart contract underpinned by the immutable ethereum public blockchain. This way, members who don’t know each other can trust each other, allowing the mutual to scale. Eventually, consulting with members, the plan is to explore other areas of catastrophe cover beyond crypto.

Karp stands out in the insurtech space because of his deep understanding of both the sector and the technology. He began his career as an actuary and rose to become the chief financial officer at Munich Re, one of the world’s leading reinsurers. He became fascinated by bitcoin and then ethereum relatively early, in 2014.

Stephen D. Palley, a partner in the Washington, D.C. office of the law firm Anderson Kill with extensive experience in the insurance sector, is something of a blockchain skeptic, yet was uncharacteristically bullish about Karp and Nexus.

“People who really understand both the technology and the insurance vertical are lacking,” said Palley. “I also like the Nexus idea of mutualization; it’s almost like back to the future for insurance.”

He added that Nexus “proposes something like an old-fashioned view of insurance, a community-based model, as opposed to an adversarial one.”

Back to the future

Historically an important part of life and property and casualty insurance, mutuals are customer-centered, as opposed to the profit-maximizing firms that largely replaced them, and which arguably put shareholders’ interests before policyholders’ benefits.

The number of conversions from mutual to stock ownership grew steadily from 1960s onwards, with the pace of demutualization increasing significantly in the 1990s, while in Europe legislation removed some of the barriers between insurance companies and banks.

“Over the last decades, statistical advantages, network effects and efficiency gains have led to a massive concentration of power and capital in the insurance space and pushed mutual systems into a niche in most markets,” said Stephan Karpischek, co-founder and CEO of Etherisc.

Like Nexus, Etherisc wants to use blockchain to counter the long-running demutualization trend. Karpischek’s startup has already used ethereum to create parametric insurance products (in which payouts are automatically triggered in an event such as a hurricane; no need to file claims) and has explored decentralized risk pools to expand access to insurance for previously excluded populations, like small farmers in Africa

The common denominator in the case of Nexus and Etherisc is the ethereum blockchain. But it’s not just ethereum; this type of innovation is also being explored on other public chains.

Singapore’s Zilliqa blockchain will soon be the home of Inmediate, a collaboration between Deloitte, the pan-Asian insurance group FWD and four yet-to-be-named phase one insurance partners.

Inmediate CEO Otbert de Jong decided to start with a small pilot group of insurers, but maintains a lofty goal.  “We indeed can bring insurance back to what it is supposed to be, which is basically taking care of each other in times of adversity, ” said de Jong.

Yet another back-to-the-future, blockchain-powered insurance model is being pursued by Layer 2 Labs. Based in New York, this early-stage startup is revisiting the risk-bearing syndicates pioneered at Edward Lloyd’s coffee house in London in the late 1600s – which eventually evolved into one of the world’s best-known insurance markets.

“What we are building is a decentralized platform for insurance actors to issue and purchase risk, akin to the early days of Lloyd’s of London,” said Jonathan Mohan, a co-founder of Layer 2 Labs.

Similar to Nexus, Layer 2 will also focus on covering blockchain-specific risks, which Mohan said is analogous to the way Lloyd’s formed a pre-legal commercial framework prior to regulation.

Aside from allowing mutuals to scale trust via code, another part of blockchain’s appeal to insurtech firms like Nexus is that tokenization opens up access to more flexible capital raising.

Nexus plans to tokenize early next year, but not the typical fashion of raising capital through an initial coin offering (ICO) with the promise of building out some solution thereafter. Instead, Nexus, which in April of this year completed a £800,000 ($1.03m) seed funding round, plans to build the platform first and launch with a live smart contract protection product that is fully operational.

In the days and weeks immediately following this launch, Nexus will tokenize membership rights (in what Karp calls a “reverse ICO”) to crowdfund the risk pool.

“It’s like an ICO in some ways, but the big difference is the money goes into the pool. It is members’ money to back the cover that the mutual writes, for which they will get tokens representing membership rights,” said Karp.

To get started, Nexus is exploiting an unregulated pocket within the British insurance sector, a model called a “discretionary mutual,” where members have no contractual obligations to pay claims. Being unlicensed means Nexus can move nimbly in the otherwise highly regulated world of insurance.

Once Nexus is funded it will function as a decentralized autonomous organization (DAO) sporting a governance process driven by members who will vote on upgrades and proposals over time. Premiums will be paid either in ether or the price-stable cryptocurrency known as dai; payment of claims will be subject to member votes.

In case you were wondering how Nexus’ own risk capital can be protected against a possible smart contract security breach, Karp said that in addition to all the usual security testing and auditing, it will also launch with an emergency pause button.

This will initially be controlled by the Nexus board (company founders), but any member can replace an existing board member via a proposal (provided it was voted in by members) that can’t be stopped by the current board.

And just as large insurance firms invest their capital in assets such as bonds and commercial mortgages, the Nexus DAO will put the risk pool’s money to work – though it will choose more contemporary flavors of investment.

“We can invest in any ERC-20 token,” Karp said, referring to assets created on ethereum. Nexus also has “automated all the trades using the 0x protocol,” a decentralized exchange platform.

“The membership base can even update the list of assets to invest in and the pool automatically rebalances. And when ethereum goes to proof of stake we plan to ‘invest’ a large chunk of the capital pool in staking,” he added, speaking to a plan in the works to change the way the world’s second-largest blockchain is validated.

In the conservative world of insurance, the most innovation you might expect would be private blockchain deployments. But public chain insurtech proponents like Karp have no doubt about where the real transformative power lies.

“I think private chains will have a lot of benefit to insurance companies especially connecting them up – but public chains are where my energy and fascination lies.”

Image via Lloyd’s of London 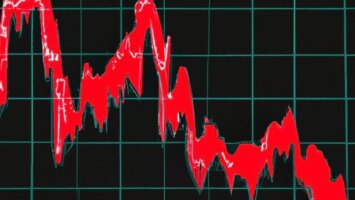