FalconX expects to grow to roughly 160 employees from 90 over the next six months, CEO Raghu Yarlagadda said.

He said the institutional crypto exchange is evaluating Miami as a potential location for expansion after several firms have opened offices in the crypto-friendly city in recent months.

FalconX is trying to tap growing demand from institutional investors trading cryptocurrencies as larger competitors like Coinbase do the same. For example, Coinbase reported in its last earnings call that institutions accounted for 69% of the company’s $462 billion in second-quarter trading volume.

While FalconX is looking at mainly organic growth, it’s also considering acquisitions, Yarlagadda said in an interview with CoinDesk.

The exchange is looking at potential acquisitions to add talent and is also considering strategic purchases that will help the company become more of a “one-stop shop” in crypto for institutional investors.

He said that pension funds are starting to dip their toes into cryptocurrency through hedge funds.

While SkyBridge Capital founder Anthony Scaramucci told Bloomberg recently that a majority of institutional investors are still reluctant to invest in crypto and blockchain technology, that may be changing, according to Yarlagadda, who recently met with six of the top 10 hedge funds in the world.

Currently, hedge funds are allocating about 1% of their assets under management toward crypto, Yarlagadda said. The hedge funds he met with said they’re looking to get to 8% to 9%., while asset managers want to get about 5% over the next 12 to 18 months, he added.

“That’s why we are hiring as fast as we can,” he said.

Last month, FalconX reached unicorn status with a $210 million Series C funding round led in part by Tiger Global that valued the firm at $3.75 billion.

FalconX’s previous funding round, announced in March 2021, valued the company at $675 million. 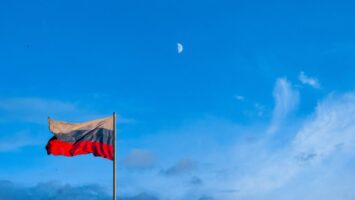