In an industry that’s become synonymous with fast cash, patience can be a rare commodity.

That makes a little-discussed announcement last week by the Nebulas project, powered by the top 100 cryptocurrency NAS, all the more remarkable. The team behind the protocol, today valued at $64 million, will now voluntarily wait a decade before they can get their hands on the blockchains’ tokens they’ll earn for their labor – seven years longer than they had originally planned.

In December, the Beijing-based team raised $60 million in an initial coin offering (ICO) for a general purpose blockchain with additional features that they believe will accelerate development and market adoption. In the original token allocation, 20 percent of the initial supply (or 20 million NAS tokens) were set aside for the team and founders to be gradually released over a three-year period.

But based on a blog post published last week, the timelines for the token release are being extended considerably.

For the developer team, the start date for the gradual distribution of tokens will be postponed for a year, and for the founders of the network, the token distribution doesn’t start for a full decade.

Its a move that’s already winning nods of approval from an industry seeking to develop best practices. Ryan Selkis, founder of the token data source Messari, said that he believes a multi-year vesting schedule should become a standard for new token companies.

“The best way to align founder incentives is with vesting schedules – could be time-based, many are starting to do this, or milestone-based,” he wrote CoinDesk.

The Nebulas team has also committed to publishing the smart contract address holding the NAS tokens and will contract with a third-party auditor to verify their finances.

“We are conscious that the construction and development of Nebulas still have a long way to go. We need to focus on Nebulas developing, including technology and ecosystem,” Hitters Xu, a founder of Nebulas, told CoinDesk.

Echoing that, the project’s marketing director, Becky Lu said, “We just want our team to focus on our technical vision.”

“It’s not an easy decision for everyone because the blockchain industry is a very innovative industry and still has a lot of risk. I think that shows our determination.”

Part of the reason behind the move, founders say, is the strength of the project’s core idea, the mission of creating a blockchain ranking system that helps users elevate the best dapps, or decentralized applications.

“It’s like Google ranking in the blockchain world,” Lu explained. “There’s a lot of data.”

By analyzing the interactions between smart contracts and addresses, Nebulas believes it can create a more sophisticated view of the blockchain’s users. This mechanism could be helpful to entrepreneurs behind token projects, who have become more interested in sophisticated user targeting for their airdrops.

Speaking to that, Lu said of Nebulas: “You can reach some people if you see they are your target audience.”

Or at least that’s the goal.

Nebulas’ mainnet went live the first quarter, but there are still several tools promised in the ICO that have not been completed: Nebulas Rank (a system for assessing entities on the blockchain based on activity), Nebulas Force (a way to upgrade the software on-chain) and Nebulas Incentive (providing dynamic to developers using Nebulas).

According to the project’s spokespeople, 6,900 dapps have already been built on the blockchain as it exists today.

From May to July, Nebulas ran an incentive program for developers, distributing in total 450,000 nas tokens to 1,472 different applications. Plus, the project continues to provide these incentives for new dapp development.

Still, those dapps will have some time before they see significant use, primarily because the project’s token migration (moving from ethereum to its own blockchain) is still ongoing, and some users have run into roadblocks.

Since many of Nebulas’ token holders are investors within the United States and the regulatory framework for crypto tokens is still very much uncertain, they have not been able to execute the swap on exchanges.

“Originally, we thought the exchanges would be easier,” Lu said.

Yet, that hasn’t stopped the team from continuing development on tools that will one day help users interact with the protocol. For instance, the team is building a way for its wallet to allow users to execute the migration that way, instead of having to go through an exchange.

Speaking to the need for such a feature, Lu told CoinDesk:

“In this bear market, some community members are very worried about token price.”

The nas token – which was sold for $2 each during the ICO – is currently trading at $1.41, according to CoinMarketCap. 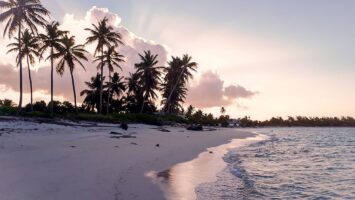