July 2018 update: HashFlare announced that that it is stopping mining services and shutting down hardware on current SHA-256 contracts due to difficulty generating revenue. This basically support my theory that there’s no way to make any substantial profit with HashFlare and that you’re basically putting your money at risk. I’ve said it before and I’ll say it again – STAY AWAY FROM CLOUD MINING SITES.

Not long ago, I reviewed one of the most popular cloud mining platforms around: Genesis Mining. I tried to establish whether it would be a profitable investment to spend my money on their website instead of just buying bitcoins. The bottom line was that the company seemed legit, but I doubted whether it would be a good investment considering the alternatives (i.e., just buying and holding bitcoins).

Today I’d like to take another jab at cloud mining and review what’s probably the second-most popular platform for these types of operations: HashFlare.

Before I begin, here’s a quick explanation for those of you who aren’t yet familiar with cloud mining. Cloud mining is the process of “mining from afar.” Instead of buying a Bitcoin miner, storing it, configuring it, and cooling it (which costs a lot and consumes time), you “rent” a miner and have someone run it for you. You then split whatever profits that miner makes.

My main criticism of cloud mining companies is that the majority of them are just Ponzi schemes in disguise—they take your money, but they don’t actually buy and run miners for you; they just keep on paying you from new users that come onboard until all of a sudden, they disappear (as can be seen here, here, and even here).

HashFlare was created by a team of crypto experts calling themselves HashCoins. Unlike with most shady cloud mining companies, you can actually see who the team members are on their About page, which is always a good sign.

The website seems to have launched its services somewhere around the beginning of 2015, and since then, it’s grown immensely (it’s currently the one of the top sites online, according to Alexa). The current (rough) estimate is that the site has around 5 million visitors each month.

The company itself (Hashflare LP) was registered in the United Kingdom in late 2015.

Drilling into the cloud mining math

For the purpose of this review, I’ll focus only on Bitcoin cloud mining, but the same process can be applied to any other mining algorithm.

The most efficient miner today for mining Bitcoin is the Antminer S9. It produces ~13 Th/s of mining power. Buying the equivalent of this on HashFlare would cost you $1,040 per year. Buying the actual miner would cost you ~$853. This actually makes sense because if you bought just the miner, you’d have additional expenses on electricity, cooling, and storage. However, the actual miner doesn’t charge anything after a year, and HashFlare does.

If we use a Bitcoin mining calculator, we can see that 13 Th/s in a vacuum (meaning no electricity costs, no mining pool fees, etc.) will produce $222 each month. Seems pretty profitable—we’ll probably break even within five to six months. However, we haven’t calculated the MEF (maintenance and electricity fees) yet.

A simple calculation of HashFlare profits would be something like this:

Payments are made to Hashflare in USD, but payouts are received in BTC. In the example above, we treated the Bitcoin exchange rate as constant. If this is actually the case, then yes, we’ll lose money. However, if BTC rises in price, then we could say that we paid less but the payouts were worth more. Or could we?

Let’s take a look at two possible scenarios: BTC goes up, and BTC goes down.

What happens to Hashflare profitability if BTC goes up?

As price goes up, more people start mining Bitcoin. This means that it becomes more difficult to turn a profit, and income is actually reduced. So while you’re earning more dollars (since each BTC payout is worth more), you’re making less BTC in total. There’s a strong correlation between price and mining difficulty, so we assume that they almost cancel each other out.

What happens to Hashflare profitability if BTC goes down?

The funny thing is that even when Bitcoin’s price drops, difficulty still increases (in most cases). As you can see in the graph below, there have been only a handful of occasions on which the network’s difficulty has dropped, and some of these cases weren’t even related to price (e.g., one drop is attributed to miners switching over to Bitcoin Cash when it came out).

But here’s the real interesting part, which isn’t unique to HashFlare and can be found in almost every cloud mining company. If you look at their terms of service, you’ll find the following:

5.2. The Contract Term for HashFlare.io Cloud Machines is unlimited by default, unless stated otherwise. The Contract is valid while profitable, until expired or until terminated (refer to section 13), whichever comes first.

13.1. Without limiting any other rights we have, we may suspend or terminate access to your Account, the Website and/or the Service, nullify your Account Balance and/or hold the ability to withdraw mined funds if you breach any of these Terms of Service.

This basically means that if the price drops to a point at which you’re not making money at all, your contract will be terminated. Bitcoin has seen 80% price drops in the past, and that could seriously affect profitability.

To sum it up, it doesn’t seem like you’ll be able to make a huge profit (or any profit) either way.

The way I see it, it’s much better to take the money you’re intending to spend on cloud mining and just use it to buy Bitcoin and hodl it (that means “hold” in Bitcoin-speak).  In this case, if Bitcoin goes up, you’re making a profit, and if it drops, you still have your coins. No one can “terminate” your bitcoins in the same way your cloud mining contract can be terminated.

What does the Bitcoin community think about HashFlare?

While I have my mind made up about HashFlare, I make a habit of cross-checking with additional online reviews. However, since HashFlare has a referral program (i.e., you get paid for every customer you bring onboard), reviews should be taken with a grain of salt. 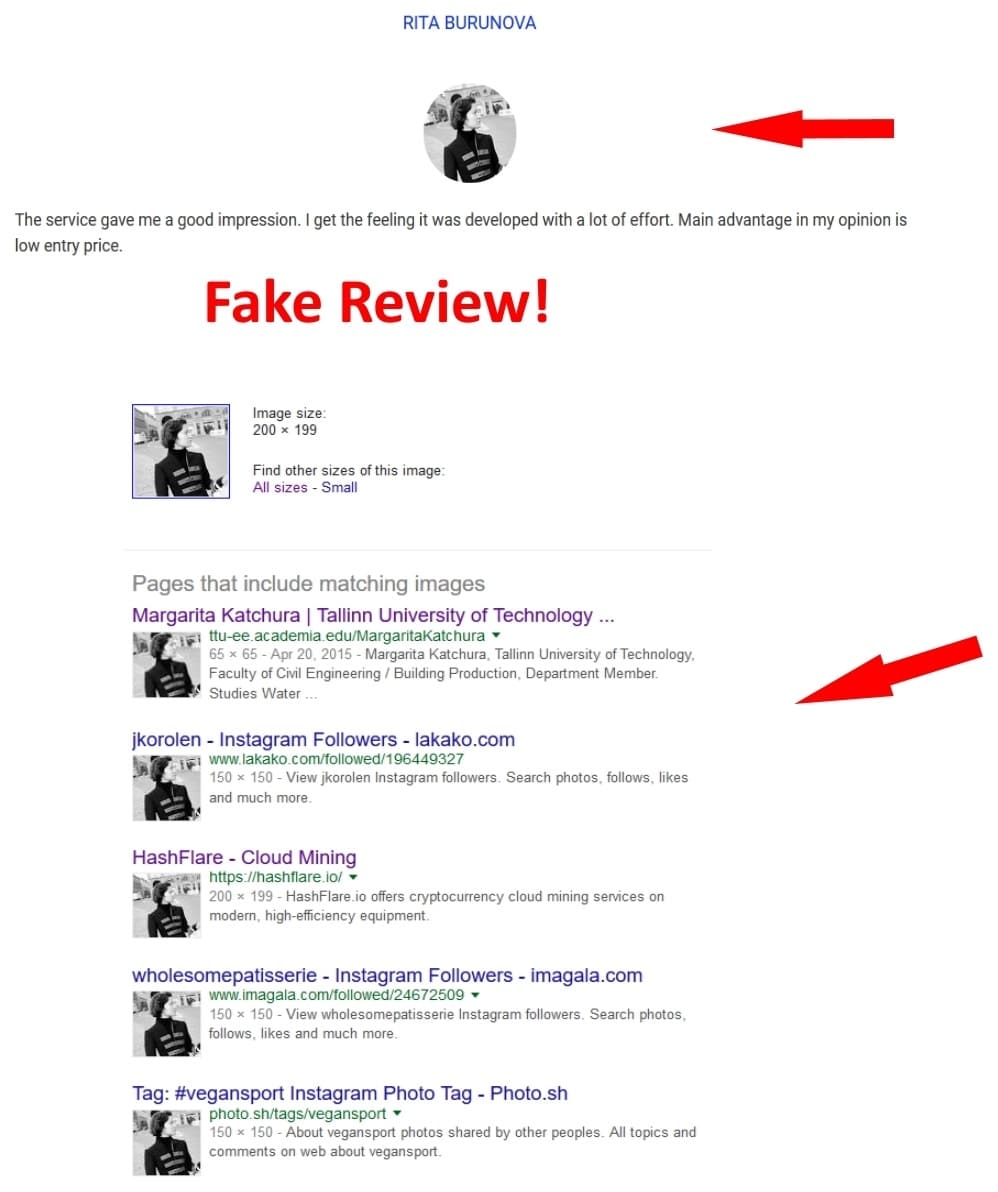 If I had to give a short answer, I’d say that the company is probably legit but NOT a good investment. There’s a thin line on the web between what constitutes a total scam and what’s considered to be just a bad investment opportunity.

I’m not as deterred by the bad reviews as I am by the simple math that just makes it seem impossible to actually profit with HashFlare. Perhaps a different coin/algorithm will yield better results—you can use the same process I did for Bitcoin on any other crypto HashFlare offers and see for yourself.

In the past, I heard someone make a very amusing statement that summarizes this review perfectly:

“Cloud mining companies are basically taking your money today so they can slowly give you less of it back tomorrow.”

Personally, I wouldn’t invest my money in HashFlare, but in the end, I encourage you to do your own due diligence. Keep in mind that this post shouldn’t be taken as investment advice—it’s just my own research about another investment option in the crypto universe.

Have you had any experience with HashFlare? I would love to hear about it in the comment section below.