In what is being called a world first, the World Bank has ordered the creation of a blockchain-based bond through Australia’s Commonwealth Bank (CBA).

It marks a very clear move by some of the world’s most influential financial institutions to start leveraging blockchain technology to improve their offerings.

CBA has already developed the blockchain-based system, using a private Ethereum blockchain. The Blockchain Offered New Debt Instrument (bond-i) will be issued by the World Bank in Washington.

The project has been spearheaded by the World Bank, which is looking to use blockchain technology to improve the way it issues bonds around the world.

Today we make history by creating the first global blockchain bond. The World Bank has mandated the Commonwealth Bank of Australia as the sole arranger for bond-i, the first global bond to use distributed ledger technology.

The institution issues around $60 billion in bonds every year for sustainable development — and the bank says the move aims to explore the use of blockchain technology across different operations.

The bond-i was solely designed and developed by the CBA Innovation Lab’s Blockchain Centre for Excellence. The department had previously tested a prototype bond on blockchain in 2017 in partnership with the Queensland Treasury.

While this may be the first bond issued through blockchain technology, it is not the first debt instrument. Spanish banking group BBVA signed a blockchain-based loan worth $117 million in July, hoping to take advantage of the transparency and traceability afforded by the contract. This came a few month after its first ‘global corporate loan transaction’ in April.

A notch in Ethereum’s cap?

What is particularly exciting about the move is the use of a private Ethereum blockchain that will allow the creation and management of bonds.

The development team used a law firm to act as the deal’s counsel for the issuance of bonds on the platform, in addition to the advice given for the legal architecture of the smart contracts that will govern the bond.

Furthermore, the platform has been individually reviewed by Microsoft, from its architecture, security and resilience, giving an added edge of credibility to the project as a whole.

CBA has stated that it is also open to exploring the use of other blockchain platforms, while stating that the Ethereum protocol provides the functionality needed to power the project.

Matthew Di Ferrante, an independent developer who has worked for the Ethereum Foundation, told Cointelegraph the move is an elementary first step for the banking world and its use of blockchain applications.

“I think it’s a good first example. Financial instruments like bonds are easily ported to blockchains/smart contracts, but it’s not the be-all and end-all even for mainstream financial institutions. The real usefulness will come when many different institutions and industries are all using *compatible* blockchains.”

While the move is undoubtedly a step in the right direction, Di Ferrante points to one of the main tenets of blockchain technology — decentralization. This is a factor that could be missing in the project, which removes transparency from the equation:

“It’s good to see that at least in this case, it seems that the system CBA has set-up will be co-managed by the World Bank, giving it some decentralization, but I’d like to see more transparent, more distributed projects even for private blockchains.

The World Bank and CBA are actively leveraging blockchain technology, but it completely devoid of any talk of cryptocurrencies. It’s fair to say that mainstream financial institutions have gone as far as divorcing cryptocurrency from blockchain, with the former seen as an unnecessary byproduct of the technology.

The true measure of cryptocurrency adoption will be evident when their uses and accessibility are equal to digital vouchers. For the time being, many financial institutions maintain indifference toward cryptocurrencies, while extolling the virtues of blockchain.

A prime example is JPMorgan Chase CEO Jamie Dimon, who made it clear that his company will use blockchain technology for a number of projects. They’ve gone as far as filing patents for peer-to-peer, blockchain systems to facilitate payments between banks.

Contrastingly, in February, JPMorgan told the U.S. Securities and Exchange Commission that cryptocurrencies were ‘competition’ and a ‘risk’ to its business. This could constitute a prime example of the apathy toward cryptocurrencies still prevailing in the world of finance.

Why CBA, Why Australia?

It is not exactly clear why the World Bank chose the Commonwealth Bank to pioneer this project, but the Australian bank’s Blockchain Centre for Excellence seems to have been a factor.

As mentioned above, the CBA’s Innovation Lab was responsible for an earlier prototype of a blockchain-based bond, which could have had some influence on why CBA was chosen to run with the development.

In July, the bank completed a trade of almonds, sent and tracked by a blockchain platform, from Australia to Germany.

The platform leveraged blockchain, the Internet of Things (IoT) and smart contracts to provide a number of stakeholders with a plethora of information for the 17-ton shipment of nuts.

CBA said the platform was aimed at three areas of global trade, operations, documentation and finance. Users would have access to container information, task-tracking and documentation through the blockchain platform.

Nicholas Merten, founder of Youtube channel Datadash, told Cointelegraph that the CBA has put Australia on the map in terms of driving forward blockchain adoption:

“Australia has had an interesting approach to the subject matter. With banks being hesitant towards cryptocurrencies, and with Commonwealth Bank being so eager to explore blockchain, they’ve shown an obvious sentiment toward serving as the gatekeepers of this technology in real-world applications.”

On a more serious note, CBA has been in the spotlight amid allegations of breaching anti-money laundering laws and terror financing.

This move by the World Bank would not have gone unnoticed by other financial industry leaders, and it certainly isn’t the first time we’ve heard of financial institutions looking to use blockchain technology to improve their offerings.

As previously reported by Cointelegraph, some of the world’s leading banks have been closely monitoring the blockchain space, as was discussed at a Money 20/20 conference in June.

The Bank of England’s Fintech Head of Division Martin Etheridge made it clear that the bank wasn’t actively developing its own DLT, but conceded that they were aware of the potential benefits:

“We recognize that in a distributed system, there is the potential for resilience, and other benefits of distributed payment systems is one that we want to make sure we are aware of and that is fully integrated to the work we are currently doing to our own infrastructure.”

One of the most perplexing questions is why the World Bank opted to go with CBA for this blockchain-based bond, where a country like Switzerland is one of the most liberal when it comes to cryptocurrency adoption.

The country saw its banking system challenged by an initiative that hoped to outlaw fractional reserve banking in the country. Although the referendum was ultimately rejected in June, it provided plenty of food for thought.

Switzerland has been a proponent for the use of Bitcoin for some time. Swiss National Bank’s Thomas Moser highlighted the apathy toward cryptocurrencies in the country:

“Switzerland has been relatively enthusiast to crypto. We have a national railway system that transformed ticket machines into Bitcoin ATMs. At every train station in Switzerland, you can put cash into a ticket machine and load a BTC wallet. Cryptocurrencies have been very well tolerated in Switzerland so far.”

As Merten suggested, the move by the World Bank and the CBA demonstrates the way in which blockchain technology can influence financial applications:

“With outdated legacy systems still clogging the financial sector, this development might be the wake-up call that banks need to realize just how big of a deal this technology really is. I think many institutions are still looking for the killer application that they can use for their systems. In the permissionless world, we’ve already found that application – money. But once a company can prove that blockchains can be used in private environments and bring major cost reduction, companies will rush to follow suit.”

With the World Bank making strides to leverage blockchain technology to overhaul current systems, is it just a matter of time before other big banks follow suit?

Cointelegraph has contacted both the World Bank and CBA for comment on the reasoning behind the partnership — and this article will be updated accordingly. 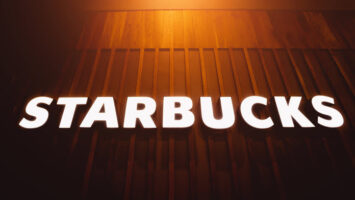