Yesterday, the software giant Microsoft made a huge announcement debuting its latest Blockchain as a Service (BaaS) product. The product allows businesses across industry verticals to deploy a ‘flexible’ instance of Ethereum that is tailored specifically for enterprise environments.

The Ethereum Proof-of-Authority on Azure, Microsoft’s product, allows enterprises to build applications on Ethereum that are not secured but are a current Proof-of-Work (PoW) consensus algorithm. This, in turn, does not require the company to do any sort of mining.

The Proof-of-Authority product has a built-in dApp that handles the governance of the system and provides consortium members with authority to govern the network and delegate their voting powers to anyone of their choosing.

Vitalik Buterin, Ethereum’s co-founder, has yet to comment on this milestone made by Microsft via his official Twitter page.

OKEx, the world’s second largest cryptocurrency exchange by its 24-hour trade volume according to CoinMarketCap, announced that it would hold BTC, BCH, and ETH futures trading back in early November 2017 but has hit speed bump after speed bump ever since.

Towards the end of March, users started noticing unusual pricing on the OKEx platform, and one investor threatened to attempt suicide if it wasn’t fixed.

In May, the cryptocurrency exchange dealt with a China National Radio program alleging that OKEx was “illegally” trading cryptocurrency futures in China.

Now, the company is facing an extremely sticky situation with a ‘whale’ trader. Back on August 3rd, the whale trader made a wrong-way bet on Bitcoin that forced a liquidation of a futures contract that is forcing all other traders to front the big bill.

It remains unknown what the company will do and if they will pull the plug entirely on the entire operation if they continue to hit these speed bumps. However, Andy Cheung, head of operations at OKEX, told Cointelegraph that these experiences have been a “valuable lesson” and they will continue to work to improve trading experiences on their platform. 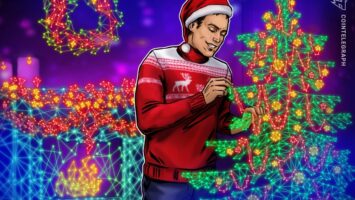